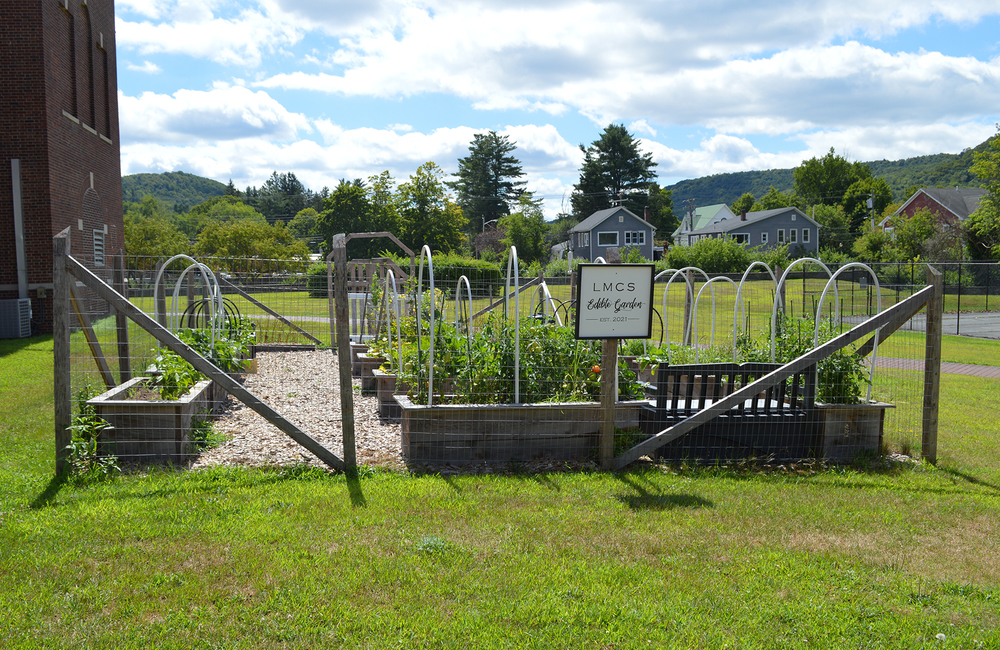 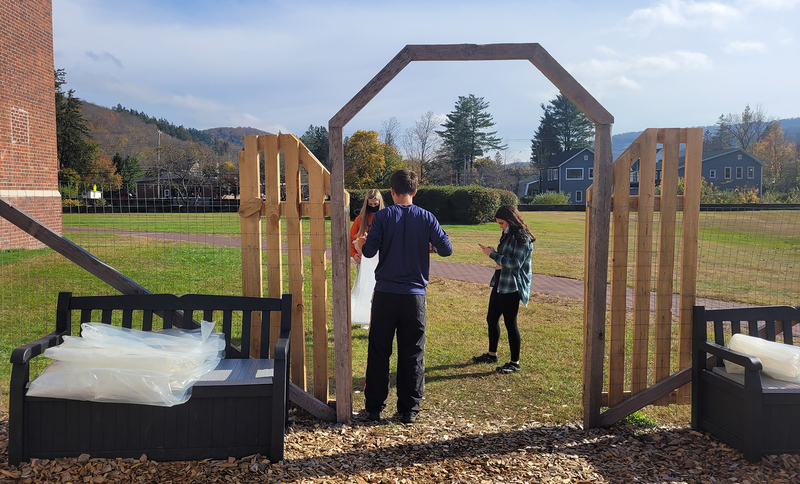 In Livingston Manor, students have no doubt where some of the fresh fruit and vegetables they eat in the cafeteria come from.

That's because they are growing them themselves.

In 2021, Livingston Manor applied for a Sullivan Renaissance Edible Garden Grant and A Sullivan 180 Empowering a Healthier Generation Grant to start a garden where students at all grade levels could participate and learn.

The goal was to make the garden sustainable and educational.

Meagan Edwards, LMCS’ Sullivan Renaissance Garden Coordinator, worked with Rene Carlson and Calley Erlwein, Sullivan 180 Healthier Generation Advisors, FFA Advisor Jessica Freidenstine and technology teacher Dave Hubert to plan, design and build the garden. The group meets to discuss what is needed to maintain the infrastructure of the garden and order necessary materials. Each year, Edwards also works with Erlwein, Carson and Freidenstine to bring garden curriculum into the classrooms. 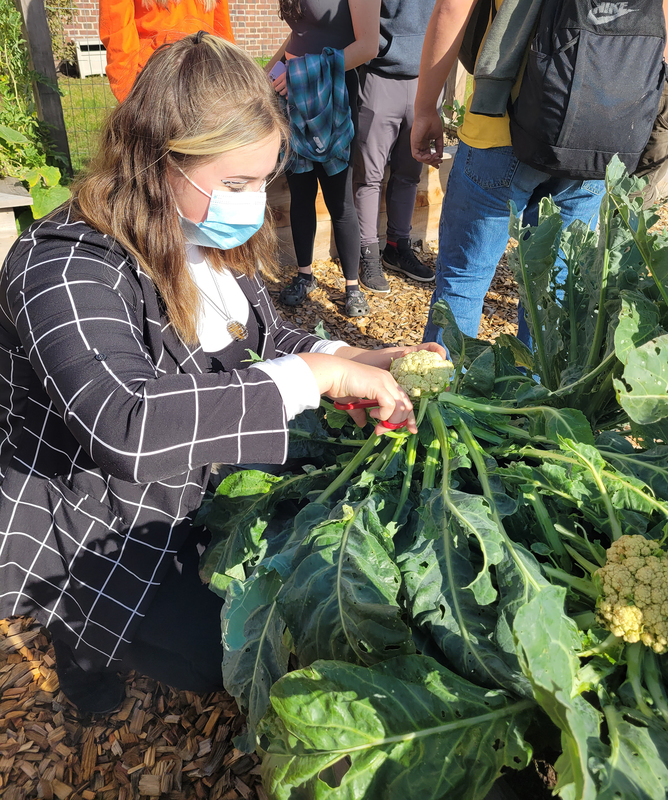 After a successful harvest last fall, with a second planting of cold weather crops such as lettuce, spinach and squash, the garden is growing and producing again.

Garlic bulbs were planted at the entrance to the garden and are set to be harvested late this summer or early fall. About a dozen varieties of fruits and vegetables are growing in the dozen raised beds.

A garden for all classes

The garden is truly a school-wide project.

Hubert's Construction Systems class built the raised-garden beds, and a teacher work day was held in the garden last June. Roughly a dozen teachers came out to dig holes for posts, put in soil, put down mulch and put up the fence. The gate for the garden was built by Hubert's class, as well. In addition, students helped plant, water, nourish and harvest the crops.

Freidenstine's Living Environment and Agricultural Science classes have shared what they have learned with younger students, who started seeds in March for some of the plants now growing in the garden.

“The students in the elementary school are excited to plant seeds in their rooms and plant their seedlings in the ground," Erlwein said. "Classes often go out to check the progress of their plants."

Composting was added to the mix after elementary students learned about — and started — compost beds of worms, scraps and newspapers early in the season. Before spring break, the beds were combined into a large, black, layered compost bin, donated by Cornell Cooperative Extension of Sullivan County, at the corner of the garden. The compost will be used to nourish the garden.

Gardening through the year

To help extend the growing season, a hot box at the front of the garden, and hoop house structures, also built by Hubert's class, have been installed on the beds. 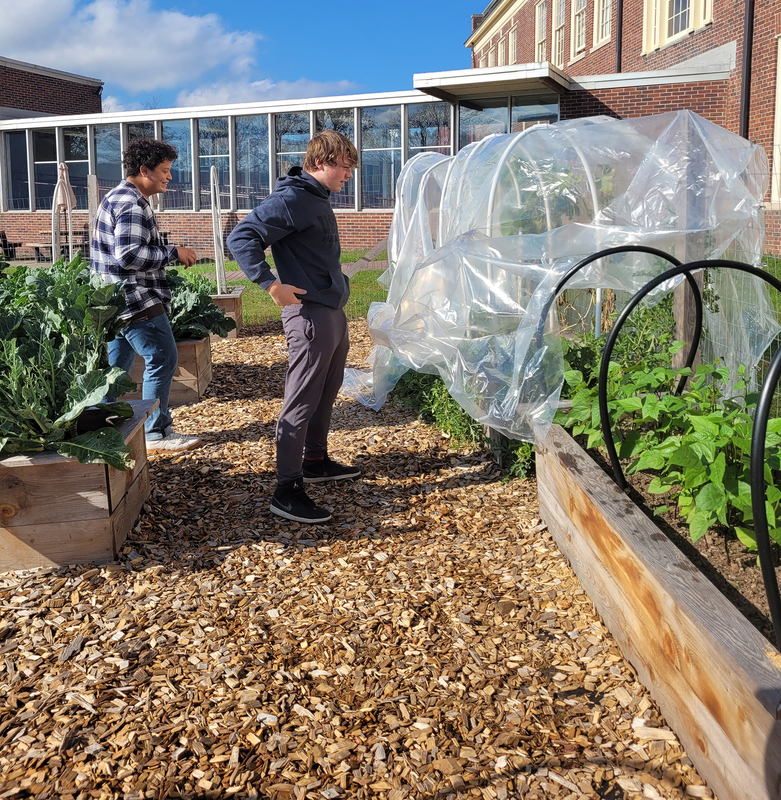 Even though full school isn't in session during the summer, students in the summer program have helped take care of the garden the past two years. Last summer, interns at a local farm took time out of their days to pass along the knowledge they have gleaned. Students were out almost daily to care for the plants and harvest from the garden this summer during the program.

And for the few weeks while there are no students on campus? The custodians and cafeteria staff have been great about helping out, those involved with the project said. They also said they and other teachers take turns over the summer caring for the growing plants.

The goal is to keep the garden growing, not just the plants, but the scope. Blueberry bushes are set to be planned along one edge, and other expansions are in the works.

Although much of the money comes from grants, there is plenty of community involvement, with other donations from local businesses, including equipment from Brian Freidenstine of Landscape by Design, mulch from Matthew Hofer, owner of Hofer Log and Lumber, and black mating and fence posts from Kevin Erlwein.  The hope is to have community members also help out in the garden.

Once the harvest is completed, nothing goes to waste. If it cannot be eaten immediately, cafeteria staff freezes what's left to use in student meals throughout the year. The items from the garden supplements locally grown produce purchases as part of the Farm to School program. 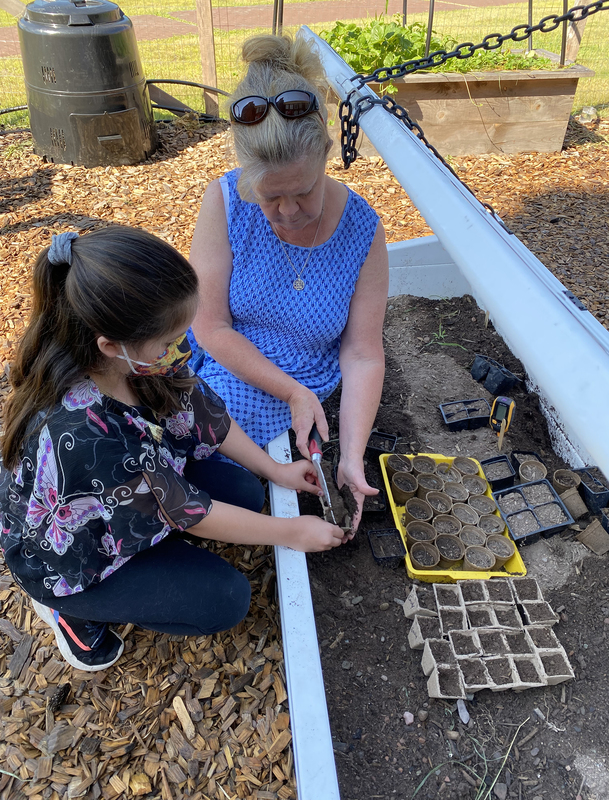 It is much more than growing plants that the students learn.

"As a school counselor, it is so important to me that students are 'mindlessly' working to improve their mental wellness," Edwards said. "Without realizing, just being outside and moving their bodies, students are learning new ways to manage difficult emotions. I also love that students are able to learn a skill that otherwise, they may have never learned."

For Hubert's class, "The students love working on this project. It gives them a sense of pride and accomplishment,” Hubert said. “They are proud to say they built the raised beds for the rest of the school to use and they know that without their hard work they would not be eating those vegetables in the cafeteria."

"Many, especially the little ones, have never been exposed to where their food comes from," Edwards added, "so when they learn that it is possible to not only grow your own food, but to be able to enjoy it through their cafeteria meals, it is definitely motivating." 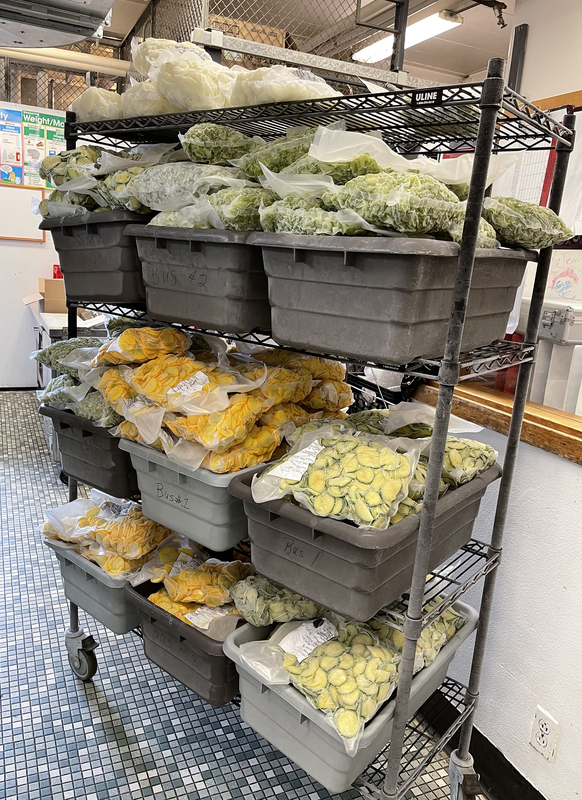 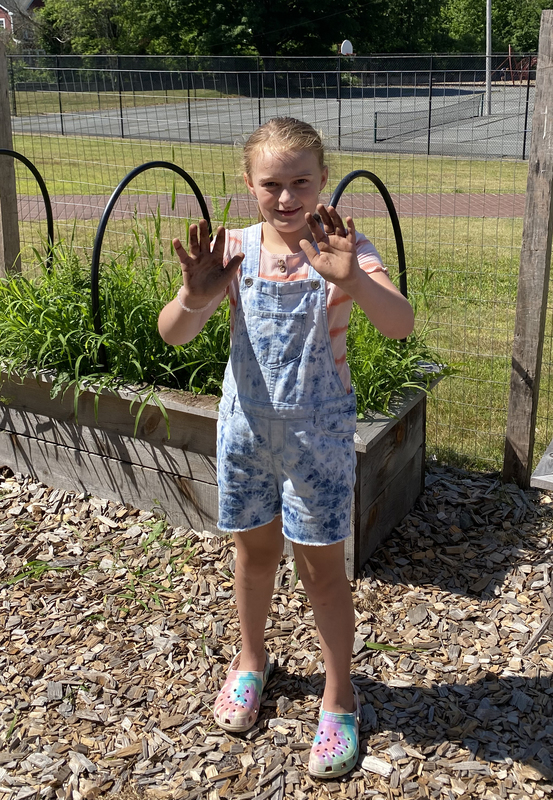